From October 17 to October 21, the staff and students of the non-state educational institution of higher education “Moscow Social Pedagogical Institute” undergo an internship at VSU named after P.M. Masherov.

Every year on September 22, World Car Free Day is celebrated, on which motorists are required to stop using fuel-consuming vehicles. On this day, drivers have a good opportunity to show solidarity with motorists around the world and change to public transport, bike or walk. Our university is no exception.

VSU NAMED AFTER P.M. MASHEROV PARTICIPATED IN THE SCIENCE FESTIVAL - 2022

VSU NAMED AFTER P.M. MASHEROV PARTICIPATED IN THE EVENT “DAYS OF VITEBSK REGION IN PSKOV”

On September 2, the opening of the Days of the Vitebsk Region in Pskov took place on the basis of the Prostoria Center in a solemn atmosphere. 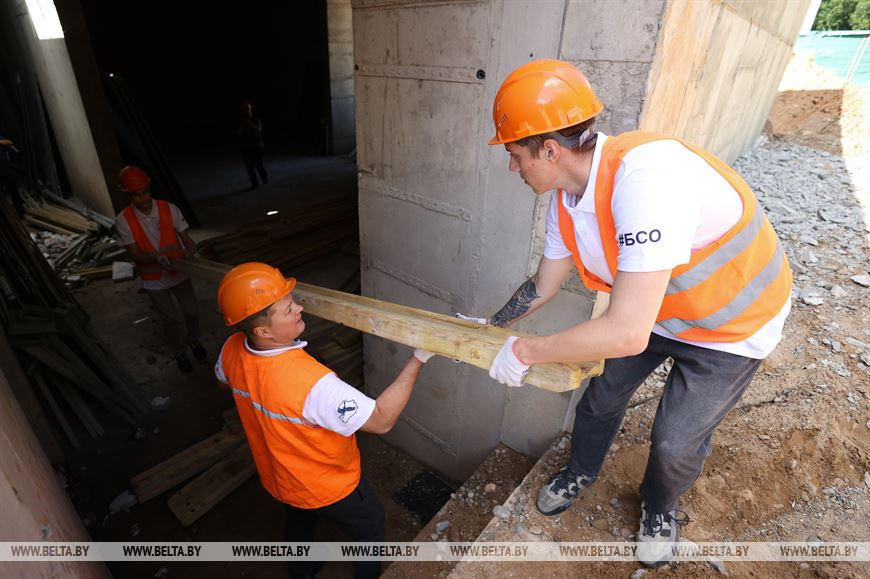 MEETING WITH PARENTS AND STUDENTS OF THE LYCEUM OF VSU

On August 5, the first meeting was held for the students of the Lyceum of VSU named after P.M. Masherov and their parents. Its main goals are to develop a system of cooperation with the family in the interests of students and to improve the pedagogical culture of parents.

SIGNING OF A COOPERATION AGREEMENT WITH "PATRIOTS OF BELARUS"

On August 4, a cooperation agreement was signed between VSU named after P.M. Masherov and the Republican Public Association "Patriots of Belarus".

On July 29, a meeting of the admission committee was held at Vitebsk State University named after P.M. Masherov, during which applicants on the basis of three CT (centralized testing) certificates were enrolled in the university (full-time and part-time) of higher education of the first stage in specialties at the expense of the republican budget.